Solar Window Shutters equipped with Photovoltaic Solar Cells and Modules were invented and realized by Astrid Schneider the first time worldwide in 2003. 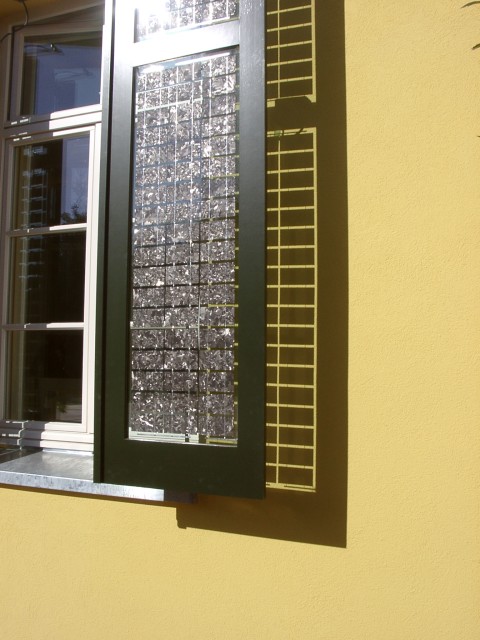 As a speciality the solar modules are hold by an wooden frame, the building itself is the substructure. this way a lot of so called 'grey energy' is saved, compared with standard solar modules on the 'green field' with aluminium substructures. 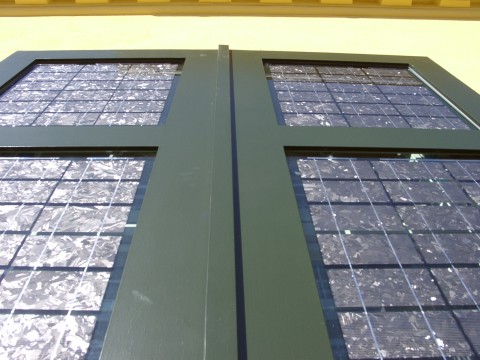